‘From My Roots’ at Robinsons Land ARTablado

A poet once said, “You must first be grounded before you can soar.” Rightly so, whenever artists express their origin story, their childhood, the place from which they hail, and their roots, they inevitably bring something introspective and downright inspirational.

That’s the philosophy behind the Robinsons Land ARTablado group show titled “From My Roots,” on view from Feb. 16 to 28, at Level 3 of Robinsons Galleria. To allow the participating artists to share tableaus and impassioned thoughts about their hometown, Quezon Province.

According to Robinsons Land director for corporate public relations Roseann Villegas, “Filipino artists are truly gifted and have the ability to show their passion in their art. Quezon is abundant with these qualities — fresh air, lush greenery, and the folks are of kindred spirit. These qualities have inspired artists from Quezon in creating their oeuvre.”

These artists want to share with viewers their history, culture and heritage, which run through their veins and right into their paint brushes, offering a window into their very souls. These pieces may show traces of the past and what has been, but they offer a foreshadowing of things to come.

Joel Reglos — who grew up in Calauag, Quezon — employs acrylics in unique hues, textures, as well as almost abstracted shapes. The artist believes in not always portraying what our eyes sees, but in how things make him feel.

Glenmore Lawig hails from Macalelon, Quezon. He has tread a tenuous path — working odd jobs, being diagnosed and recovering from meningitis — just to become the artist he is today: a sculptor who specializes in brass, glass and clear-cast resin.

Tristan Bamba from Mauban, Quezon has been a muralist for 10 years. When joining group shows, Bamba explores other media such as oil, acrylic, watercolor, pen and ink, ballpoint scribble as well as coffee.

Born in Lucban, Frank T. Hari started out as a realist, but lately his colors have become bolder and brighter while his shapes have turned more geometric. His realism has given way to a modern Fauvist and Cubist approach.

Tres Roman portrays his female figures with long necks and fish eyes as a way of presenting a vivid, coloristic narrative about how women are “beautiful creatures compassionate to nature and willing to share their knowledge to promote peace, love and freedom.”

Nelle Amador was born in Atimonan and raised in the small town of Plaridel, Quezon. As a painter, she mostly deals with birds and flowers, which she associates with the qualities of women. Her vibrant colors represent how she perceives life as a wide-eyed visionary who is jubilant and optimistic.

By taking part in this group show, each of these artists expresses the sentiment that “when your roots are deep, you don’t have to be afraid of the wind.” A reminder to always maintain your roots even if life takes you elsewhere.

Established in 2020, Robinsons Land ARTablado, a portmanteau of “art” and “entablado” is Robinsons Land’s very own stage in showcasing the Filipino ingenuity and creativity. This platform allows emerging artists to freely express themselves through art and paves the way to greater recognition of their talent and hard work. 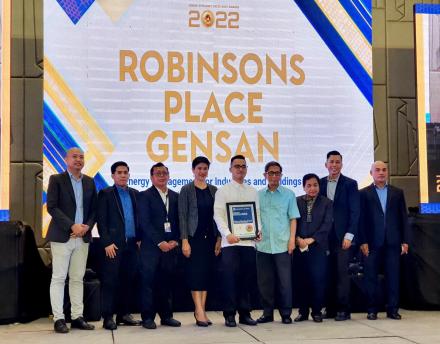